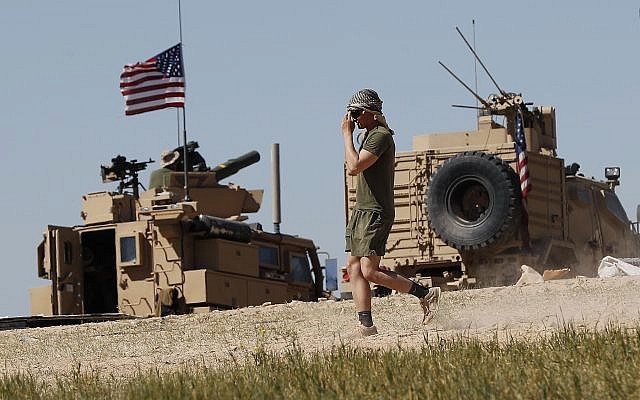 A number of US troops could remain in southern Syria even after the military pulls its forces out of the north of the country, a senior official told NBC news.

The senior official said the Trump administration wants to hear from Israel and Jordan before making decisions on the withdrawal process, including consultations on the importance of the Al-Tanf military outpost in southern Syria and whether it can be moved from its current location.

According to the Friday report, US troops remaining at the base could reassure Israeli officials after US President Donald Trump’s surprise announcement that he would withdraw American troops from Syria rattled Jerusalem.

Israeli officials have expressed concern that America’s absence would open the door for Tehran to create a so-called “land bridge” from Iran, through Iraq and Syria, into Lebanon and to the Mediterranean Sea. 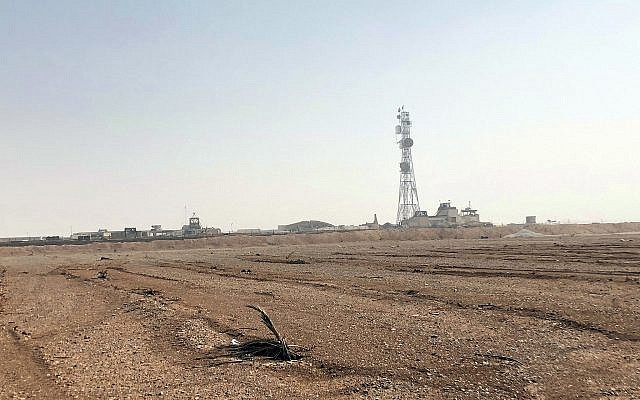 The disclosure came ahead of US national security adviser John Bolton’s statement on Saturday that Syria should not see the upcoming American troop withdrawal from the country as an excuse to use chemical weapons.

Speaking to reporters on his plane shortly before landing in Tel Aviv, Bolton warned President Bashar Assad’s regime that the use of chemical weapons in the future would not be tolerated.

“So the regime, the Assad regime, should be under no illusions on that question.” 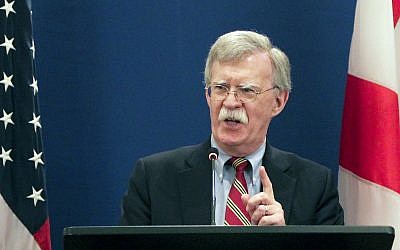 US National security adviser John Bolton gestures while speaking to the media during a news briefing following his meetings with Georgian officials in Tbilisi, Georgia, October 26, 2018. (Shakh Aivazov/AP)

Trump’s top national security adviser added: “As we elaborate how the withdrawal is going to occur and the circumstances, we don’t want the Assad regime to see what we do as representing any diminution in our opposition to the use of weapons of mass destruction.”

If chemical weapons were to be used, “a lot of options would be on the table … if they don’t heed the lessons of those two strikes the next one will be more telling,” Bolton said.

Bolton is visiting Israel and Turkey in a bid to shore up support from America’s partners amid increasing tensions in the region. US Secretary of State Mike Pompeo will next week make an eight-country tour of the region with a similar aim.

Bolton will focus on Syria and “how the US will work with allies and partners to prevent the resurgence of ISIS, stand fast with those who fought with us against ISIS, and counter Iranian malign behavior in the region,” according to National Security Council spokesman Garrett Marquis.

The national security adviser is scheduled to meet with Prime Minister Benjamin Netanyahu before being joined in Turkey by the newly announced US special envoy for the anti-Islamic State coalition, Jim Jeffrey, and the chairman of the Joint Chiefs of Staff, Gen. Joseph Dunford. They are expected to pressure Turkish officials not to launch an offensive targeting Kurdish fighters in Syria. 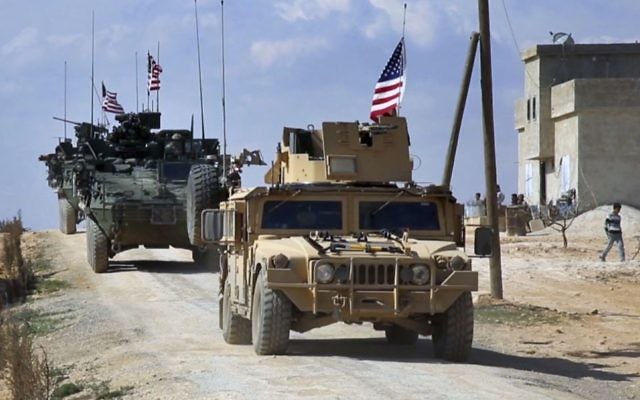 This Tuesday, March 7, 2017 frame grab from video shows US forces patrol on the outskirts of the Syrian town, Manbij, a flashpoint between Turkish troops and allied Syrian fighters and US-backed Kurdish fighters, in al-Asaliyah village, Aleppo province, Syria. (Arab 24 network, via AP, File)

Turkey considers the Kurdish People’s Protection Units, or YPG, a terrorist group linked to an insurgency within its own borders.

Pompeo told Newsmax Thursday that “ensuring that the Turks don’t slaughter the Kurds” was part “of the American mission set,” a comment that Turkey said showed a lack of information about the situation.

A State Department official, speaking on condition of anonymity to preview Pompeo’s trip, said the secretary’s aim was to counter “false narratives” that the US is abandoning the Middle East and to make the point that Iran continues to be a threat. “We are not going anywhere,” the official said.

In addition to Jordan, Pompeo plans stops in Egypt, Bahrain, the United Arab Emirates, Qatar, Saudi Arabia, Oman and Kuwait. The US hopes each country will play a significant role in a planned regional strategic partnership being called an “Arab NATO.” 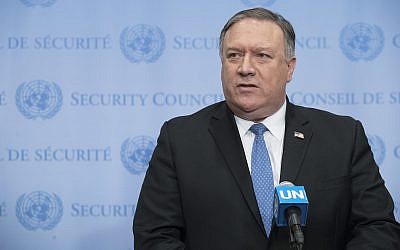 The situation in Syria is set to become even more fragile after Trump announced last month that he will pull all American ground troops out of the country. The US had been leading the coalition against the Islamic State terror group, while also helping to thwart the establishment of permanent Iranian military infrastructure in Syria.

This week, Trump sparked further consternation in Israel when he said that Iran “can do what they want” in Syria, appearing to give Tehran free rein to further entrench itself in the country, though he also said Iran was pulling its forces out of the country.

A senior Israeli official said Monday that Netanyahu has asked Trump to stagger the US withdrawal over a lengthy period of time, rather than carry out an immediate pullout.

The New York Times then reported that Trump has agreed to allow the US military to gradually pull troops out of Syria over a period of about four months, rather than the rapid withdrawal he had initially indicated when announcing the measure.

Netanyahu said that the US pullout will not deter Israel from continuing to attack Iranian military interests in Syria. On Thursday, he told IDF cadets at Bar Ilan University that Israel was continuing to “act determinedly against anyone seeking to endanger us.”

“The decision by the president on Syria in no way changes anything that this administration is working on alongside Israel,” Pompeo said at a joint press conference with Netanyahu in Brazil.

A senior diplomatic official said that Pompeo assured Netanyahu during the meeting that the planned withdrawal of US ground forces from Syria will not alter Washington’s commitment to countering Iranian aggression and maintaining Israel’s security.