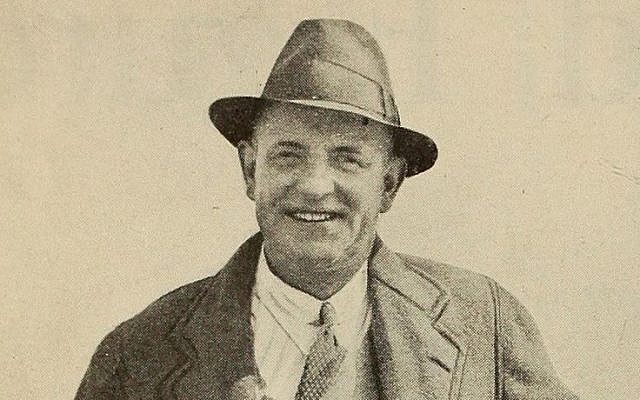 Details from an unpublished work by author P.G. Wodehouse — in which he reveals his feelings over controversial radio broadcasts he made while held by the Nazis in Germany that saw him branded a traitor in Britain — came to light this week.

The Times of London was given access to the pages which Wodehouse stopped writing after just a few chapters when friends advised him against revisiting his controversial war years.

Wodehouse, who gained fame on both sides of the Atlantic with his tales of bumbling aristocrat Bertie Wooster and inimitable butler Jeeves, made a series of radio broadcasts from Berlin in the summer of 1941 titled “How to be an Internee Without Previous Training” in which he gave a light-hearted account of his experiences while being held prisoner by the Germans.

The original typed sheets held by the New York Public Library were never published, but a copy has now been placed in the British Library.

The pages — an incomplete memoir and apologia defending himself against accusations of being a Nazi sympathizer — include the comedy writer’s responses to critics of his wartime actions. Wodehouse’s most notable critic was his former friend, A.A. Milne, who authored the Winnie-The-Pooh children’s stories.

Although Wodehouse never expressed any support or sympathy for the Nazi cause, the programs went down badly in Britain that had just suffered the Blitz, the heavy German air raids during 1940 and 1941. He was vilified in parliament, his work banned from the BBC and some libraries removed his books from their shelves.

In prose typical of his style, Wodehouse wrote “the global howl that went up as a result of my indiscretion exceeded in volume and intensity anything I have ever experienced since that time in my boyhood when I broke the ­curate’s umbrella and my aunts started writing letters to one another about it.” 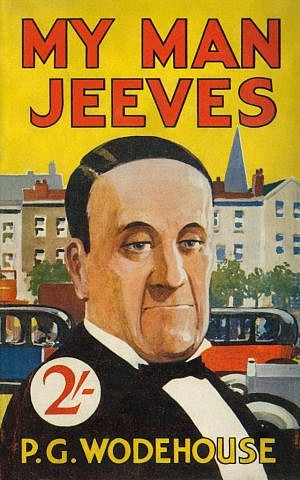 Wodehouse admits in the papers that the broadcasts were a grave mistake but notes that it did not occur to him that there was any harm in them at the time.

“I overlooked completely the dangerous possibility that a wave of pro-German sentiment might be created in the United States by such revelations on my part as that when in camp I read Shakespeare, that when internees ran out of tobacco they smoked tea, that the Kommandant at Huy had short legs and didn’t like walking up hills, and that there was an unpleasant smell in my cell at Loos prison.”

Wodehouse, and his wife Ethel, were living in Le Touquet, France when the Germans invaded in 1940. The couple tried to escape but their car broke down and they were unable to make another attempt before being captured by the Germany army.

The Germans interned all male enemy nationals under the age of 60 and that included Wodehouse who was born in 1881. He was sent first to a former prison in Loos, a suburb of Lille, then moved through Belgium and finally held at Tost in Upper Silesia, German-held at the time, now Polish territory. Wodehouse was later moved to a hotel in Berlin and he made the broadcasts from the city. He remained in Germany with his wife until September 1943 after which he was allowed back to Paris and was in the city when it was liberated in August 1944.

Shortly after the liberation Wodehouse was questioned on separate occasions by British intelligence officers from MI6 and MI5 who both concluded that while the broadcasts were folly, there was no reason to prosecute him. However, the public animosity in his homeland remained and Wodehouse moved to the US in 1947, never returning to Britain. He was eventually honored with a knighthood in 1975, a month before his death. The MI5 report exonerating Wodehouse was only made public in 1980.

The document also brought to light some details of his feud with fellow author Milne. 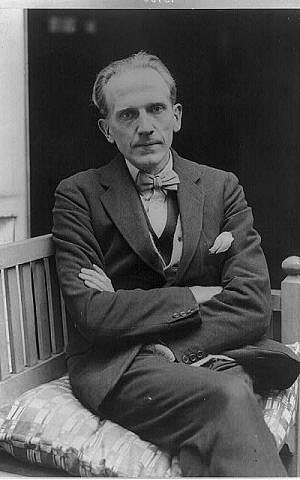 Wodehouse and Milne had been friends before the war but their relationship soured as a result of the broadcasts. One undated exchange came after Milne had recalled that Wodehouse, who had no children, once told him he would like a son but only if the boy was born aged 15.

In response, Wodehouse skewered Milne for including his own son, Christopher Robin, in the Winnie-The-Pooh books.

“You misunderstand me, Mr [sic] Milne,” he wrote. “I was simply talking as one businessman to another. When we ­authors have infant sons, our first thought is to cash in on them, and what I meant was that you had nipped in first and cleaned up on your infant son so thoroughly that the racket was busted.

Wodehouse explained his reasons for making the broadcasts, saying he wanted to express gratitude to his US fans who wrote to him while he was held and also that a speech using the same themes he made to some 200 fellow British prisoners when he was held in Tost had been very well received.

“I remember at the time being conscious of a slight smugness at the thought that I had it in me to treat internment lightly, a sort of complacent feeling that by not making heavy weather about it I was keeping my end up and proving myself worthy to associate with these fellow internees of mine,” he wrote. “But if you are going to condemn authors for being smug, you will hardly know where to start.”