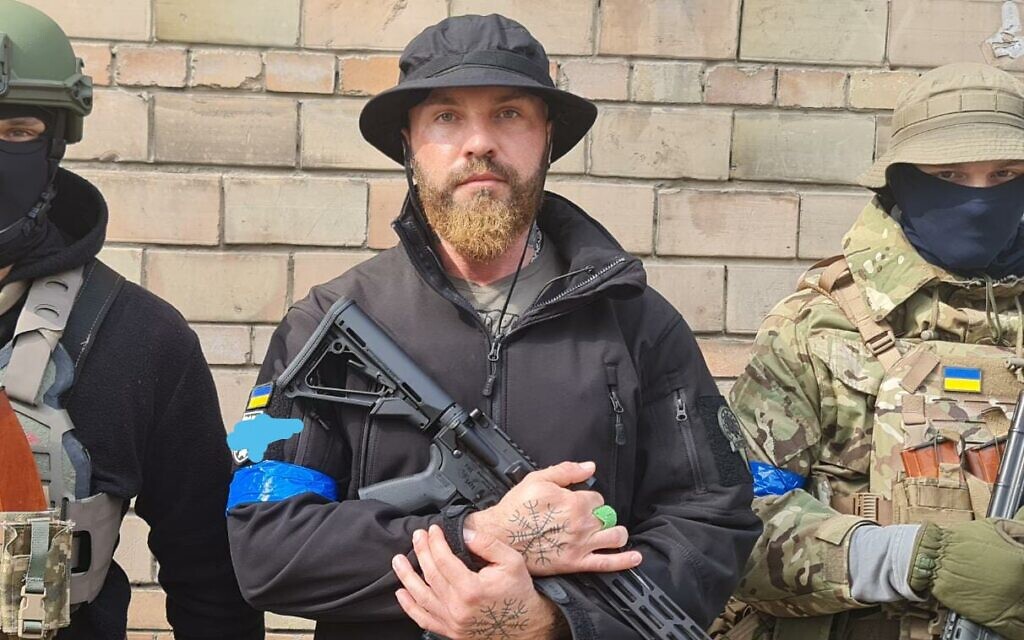 Five kilometers from the front in Ukraine’s eastern Donbas region, the danger from Russian targeted strikes is so high that ambulances prefer to wait for the cover of night to evacuate casualties, and to travel without lights when they do so.

“There was a Jeep that drove by us with its lights on. About five minutes after passing us, the Russians shelled it,” said Michael Ratinsky, 56, a Kfar Saba resident and father of three. For the past month, he has served as a medic in the Ukrainian army, despite having only limited medical training connected to lifeguard certifications and amateur alpinism.

“We’re living in the dark. Even where we’re living, we’ve covered all of the windows so that they won’t shell us,” Ratinsky told The Times of Israel. “We live and work in the dark. It’s very hard.”

In addition to the emotional strain, darkness brings its own dangers. This close to the front the road is pockmarked by exploded ordnance. Road conditions can grind ambulance convoys to a halt, but they’ve also caused accidents. And even the calculated risk of darkness is not enough to shield rescuers from active shelling.

“We can’t pay attention to explosions,” Ratinsky said, “because we have to deal with the wounded.”

Ratinsky, who was born in Kharkiv and has lived in Israel since 2001, normally works as a security guard in central Israel. He was on shift during the early hours of February 24, awake to catch the first hours of Russia’s invasion. 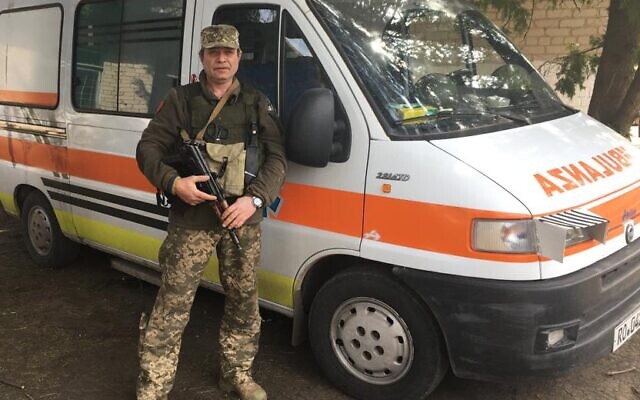 He bought the first available plane ticket and flew to Warsaw, and within four days of the war’s start was in Ukraine.

“It’s his country. He has a very strong connection to Ukraine,” said Ratinsky’s Moscow-born wife Ksenia, who stayed behind in Kfar Saba.

“Of course, I worry,” she said, and “our children took it hard that he flew,” but the family ultimately understands why Ratinsky rushed back to his birth country.

“If he had stayed, he would have gone crazy here,” Ksenia said. “From here you can help a bit, but what can you really do? Take care of people who come here? Collect donations? That’s not for him, he needs to be actively involved.”

With a note of resigned pride, she added that “without him and his ambulance team there, wounded people would die.”

Ratinsky acknowledged that by enlisting in the Ukrainian army he’d traded personal agency for a sense of purpose. “I don’t know when I can come home. Because I’m in the army, I’m here until the end of the war. When that will be, no one knows.”

Last week, Russia announced that it had achieved its initial war aims and would pull forces out of major cities in order to focus fighting on the eastern front, where Ratinsky is situated. Ukrainian forces have outperformed Moscow’s expectations, and although the Kremlin has delivered punishing devastation in Ukraine, the public shift in strategy is widely perceived as a face-saving measure after a month of war saw heavy Russian losses and delivered only one major city, Kherson, into Russian control.

A constellation of Ukrainian military forces is circulating on battlefields, including the Armed Forces, the national guard-style Territorial Defense, and the month-old International Legion — which drafts only non-citizen conscripts, including a number of Israelis.

There are also a number of volunteer battalions taking active part in the fighting, coordinated with the official military, but not under its formal authority.

Andriy Baklykov, 35, grew up in Ra’anana and served in the Israel Defense Forces, but in recent years returned to Ukraine to open a business in his native Lviv. A week before the outbreak of hostilities in February, his Israeli wife and 9-year-old son fled to Ra’anana to stay with his wife’s family. 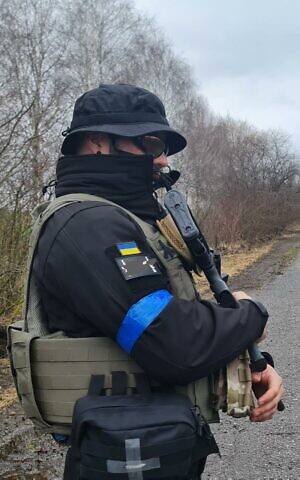 Baklykov went to Kyiv and joined a volunteer battalion.

“We’re not the regular army and we don’t have regular support from the government,” he explained to The Times of Israel. “We have basic stuff that we get from the government, like a place to live, something to eat, basic weapons. But we mostly rely on ourselves and buy everything we need, which ends up being better quality.”

Baklykov and his comrades are also unpaid.

“The government gave us Kalashnikovs,” he said with distaste about the outdated rifles. “We buy ourselves M-4s and AR-14s, and we buy ourselves tactical clothes.”

Baklykov’s IDF service was not in a combat role. He estimates that half of his battalion has prior combat experience, which is especially key as the battalion organizes its own training.

The volunteer battalions are known to many Ukrainians from Russia’s 2014 invasion into the Donbas and Crimea, where they played what many consider to be an integral role in the under-developed Ukrainian military’s defense of the country. But while the Ukrainian military has advanced significantly since the 2014 conflict, the volunteer forces continue to maintain a level of autonomy unfamiliar to many in Western countries.

“I don’t want to serve in a regular army, under a contract. I served in Israel for three years and that was enough for me,” Baklykov said of his experience in the IDF.

“I’m here just for the fight, no bullshit, to do what we need to do and then go. I have my freedom, I’m a volunteer.” Baklykov noted that this gives him the flexibility to walk away from the fight whenever he chooses. Plus, he added, “all of my friends are in the same battalion.”

That said, Baklykov has seen a fair amount of combat in the north Kyiv area, where his battalion works in “close coordination” with the regular army.

“We are coordinated with all military infrastructure, our command is integrated. The military assigns us missions and due to our training and experience, we get assignments,” he said. Assignments have included “recon, sometimes support missions, and sometimes cleaning territory after regular army” moves through it, meaning mine sweeps, clearing boobytraps, and short firefights.

“Two days ago, I was in a full combat role and I killed two Russians,” Baklykov said.

“I’ve thought about it, but I don’t feel anything about it yet,” he added, describing a combination of numbness and “feel[ing] pretty excited.”

Baklykov, nevertheless, acknowledged that the situation is harrowing.

He said his mother “was very stressed” about his decision to stay in Ukraine and fight, because from her home in Israel, “she saw what Russians were doing to people.”

“I thought about running, but I said I would not be able to look myself in the mirror afterward,” he said. “It’s the duty of a man who loves his people to protect them.”

On a political level, Baklykov also remains because he sees Ukraine’s fight as the vanguard of democracy against Russian autocracy.

“I don’t want a Stalinist regime under Putin’s name to come to Ukraine. I love Ukraine, I love Lviv, I love Kyiv,” he said. “The Russian Federation is a bad thing in Europe right now and if it won’t be stopped here, it’ll spread out to Poland and Europe and beyond.”