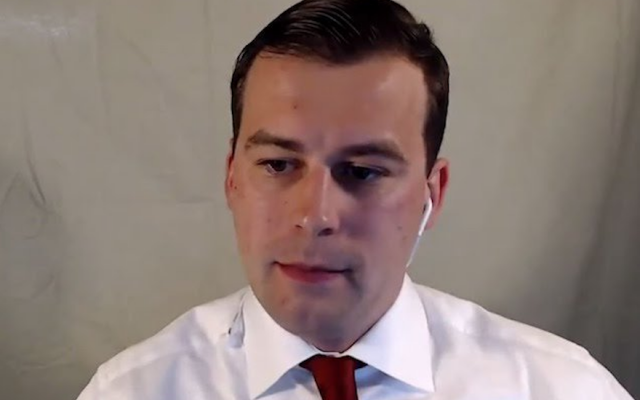 JTA — Patrick Little, a known white supremacist who espouses anti-Semitic views, is lowering his sights after running for the US Senate and flirting with a 2020 presidential candidacy.

Little is running for a City Council seat in Garden City, Idaho, a Boise suburb. He filed his candidacy form and will run as a Republican, Little told the Idaho Press.

“The only way to challenge Jewish power in this country now is with local elections because it would have to be word of mouth,” he said Tuesday.

Little told the newspaper that the “top priority” of the Jewish people is to displace white people specifically, and that he believes Jews control the media, the entertainment industry and politics.

He had a brief run for the presidency as a “Nationally Social Democratic American Patriot Republican,” according to his campaign’s webpage. His platform included a plan to require the death penalty for any politician introducing a bill to provide aid to Israel and to introduce “a bill in the Senate making it illegal to raise funds for any foundation related to the perpetuating of propaganda related to a ‘holocaust,’ formally making the US’s stance on ‘the holocaust’ that it is a ‘Jewish war atrocity propaganda hoax that never happened.’”

Little was endorsed by former Ku Klux Klan leader David Duke for his California Senate run. He was banned from the state Republican Party convention.

He moved in May to Garden City, a city of some 11,000 residents about a mile from Boise, according to the report.

Little is among five City Council candidates there vying for two seats.