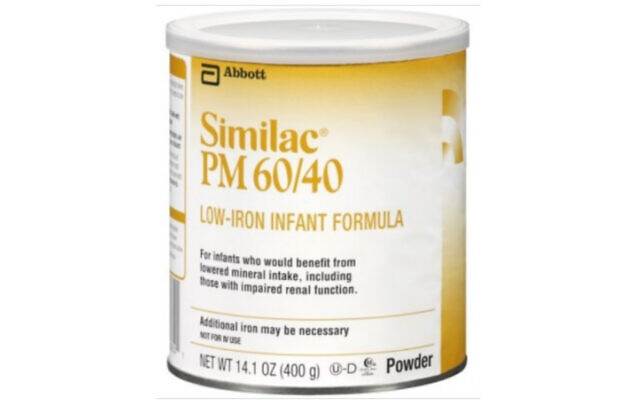 The Israeli importer of Abbott, one of the largest infant formula makers in the US, announced Monday a recall of another Similac product after two other items were recalled last week.

The product, PM60/40, is sold under prescription in pharmacies and cannot be found in supermarket aisles.

The importer said those who have the product, as well as Similac’s Alimentum and Human Milk Fortifier, should stop using them and speak to their doctor to receive a new prescription for an appropriate alternative.

The move came following a warning from the US Food and Drug Administration, as these were produced in the Michigan plant highlighted in the US recall.

The FDA said earlier this month that it was investigating four reports of infants who were hospitalized after consuming the formula, including one who died. The agency said one of the cases involved salmonella and three involved Cronobacter sakazakii, a rare but dangerous germ that can cause blood infections and other serious complications.

The recall affects certain lots of Similac PM60/40 with expiration dates of April 1, 2023. 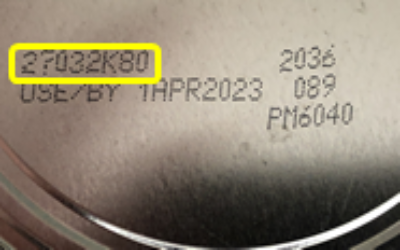 The product code on Similac PM60/40, which have been recalled. (Courtesy)

Abbott said parents can identify the recalled products by examining a code on the bottom of each container. The affected formulas have “27032K80” printed above the expiration date.

Abbott’s Israeli importer stressed there was no connection to other Abbott products distributed in Israel, including Similac products.

None of the products distributed was found to be positive for the presence of Cronobacter sakazakii or Salmonella Newport in the manufacturer’s tests prior to release, the importer said. The products were also tested and approved by the Health Ministry after their arrival in Israel.

Agencies contributed to this report.