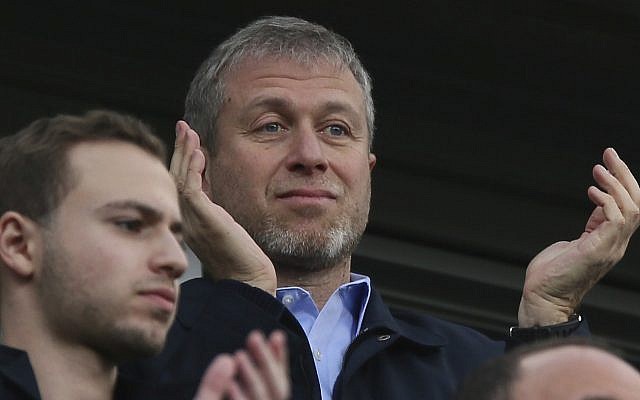 The information became public this weekend as part of a leak of FinCEN documents that the BuzzFeed news site shared with the International Consortium of Investigative Journalists (ICIJ) and with 108 other media outlets and some 400 journalists around the world, including Israeli reporter Uri Blau and Shomrim, the Center for Media and Democracy.

The Russian-Jewish billionaire’s donations were revealed in documents in the FinCEN leak and published by BBC News Arabic.

According to the report, the donations to Elad came from four British Virgin Islands companies, three of which are owned by Abramovich, while the fourth is controlled by him. The ownership of the firms was previously anonymous.

The donations to the tune of NIS 350 million represented half of Elad’s funding between 2005 and 2018, making Abramovich its largest backer, Hebrew daily Haaretz reported. 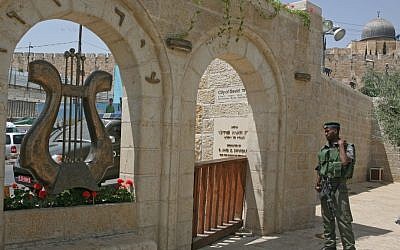 An Israeli soldier stands in the City of David (Ir David) in East Jerusalem, next to the Arab neighborhood of Silwan. (Matanya Tausig/ Flash90)

In response to the report, a representative for Abramovich told BBC: “Mr Abramovich is a committed and generous supporter of Israeli and Jewish civil society, and over the past 20 years he has donated over five hundred million dollars to support healthcare, science, education and Jewish communities in Israel and around the world.”

The flagship project of Elad is the Ir David (City of David) Foundation, whose central project is the renovated City of David archaeological park, just outside Jerusalem’s Old City walls.

Elad also purchases homes in the surrounding Arab village of Silwan — sometimes via Muslim middlemen — and rents them to Jews, a move that has led to charges that it is fueling tensions in the city.

Abramovich became Israel’s richest citizen when he immigrated, after he ran into visa issues in the UK, amid a diplomatic spat between London and Moscow that eventually saw him leave London for Israel. He received an Israeli identity card under the Law of Return, which allows Jews to become citizens of Israel.

Abramovich is worth $12.2 billion according to Forbes, and is the world’s 113th-richest person. He owns at least three properties in Israel. He formally has residency in Jersey in the Channel Islands, a tax haven, but has never taken it up.

The massive leak of US financial material has also disclosed that Israel’s largest aerospace and aviation manufacturer transferred at least $155 million to two companies that were reportedly used as a secret slush fund for Azerbaijan’s kleptocratic elite.

As reported in The Times of Israel on Sunday, other documents in the leak indicate that the Jordan-headquartered Arab Bank facilitated payments to organizations and bodies suspected to be connected to terrorism even after it had agreed to pay massive amounts in compensation to terror victims. The leaked material also includes additional reports on Israeli businessmen, companies and banks.